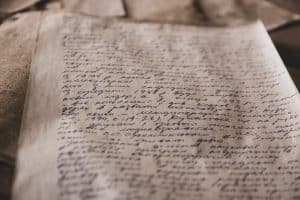 WHEN I STUMBLED across some quotes from my work on the website AZ quotes, I felt surprised and deeply honoured.

There’s a current fad for using “humbled” in the sense that a person feels they really don’t live up to a compliment. Of course, language is always in a state of flux, and “humbled” has just fluxed big-time. But I don’t have to go along with it! Using a term to mean its opposite is anathema to my pedantic word-nerd instincts.

I have no problem with typos. I make plenty of them myself. Typos are generally made by busy people getting things done.

Spelling, punctuation and grammatical errors, on the other hand, I find annoying, particularly when they’re made by professional scribes such as journalists and authors. So many “trained” journalists are dangling their participles these days that it threatens to derail my sanity and that of my fellow pedants entirely. This keen awareness of the rules of language is part of my DNA. According to some, this means I’m probably an introvert. Who’d have guessed?
I’m not the only one afflicted by this issue – check out Weird Al’s song “Word Crimes” on YouTube. Love ya, Al.

Furthermore, the idea that one should always say “[insert name here] and I”, every single time, no matter what grammatical case one is employing, is a fallacy.

You don’t have to know what the cases are called, just use common sense.

“My friend and I went to the beach”. Correct! “The postman handed the parcels to my friend and me.” Correct! Simply imagine the sentence without the words “my friend and”. Then, if your English is good, you’ll instinctively know which form to use.

“I went to the beach”. “The postman handed the parcels to me.”

Sweeping the English-speaking world, there seems to be another sudden fad for using the definite article (“the”) before the word “quite”, for example, “It’s quite the steep hill, isn’t it,” and “It’s quite the hot day today.” Noooo!

The Cambridge English Dictionary, bless its paper heart, explains that “Quite is a degree adverb. It has two meanings depending on the word that follows it: ‘a little, moderately but not very’ and ‘very, totally or completely’:

A little or a lot but not completely: “It was quite a difficult job.”
To a large degree: “School is quite different from what it once was.”
Completely: “I’ve not quite finished yet.”
Really or truly: “It was quite a remarkable speech.”
Here are two examples in which using “quite + the” is correct:
“He’s not inefficient; quite the contrary.”

Pairing “quite” with “the” was especially popular during the 1920s. In the perfectly grammatically correct and utterly delightful novels of PG Wodehouse, for example, a character could be described as “quite the cad”, (meaning a a man who behaves dishonourably). A trend could be described as “Quite the thing,” meaning “socially acceptable”. In this sense, something or someone  is being compared to a stereotype; the stereotypical cad, or the stereotypical trend.
The steep hill and the hot day mentioned above are not stereotypical in that sense.

As David Shariatmadari writes in The Guardian, “I feel something akin to having a stone in my shoe when I see a mistake. It acts as an irritant.”
Me too. Does this mean that I am an introvert? That I have OCD? I don’t know. The way I see it, language is an exquisite, precise tool for conveying meaning, and when a precision tool is blunted, the result is usually pretty poor. Meaning can be confused or lost. And it need not be!

We “Grammardian Angels” have our role to play, as Roslyn Petelin, Associate Professor in Writing, at the University of Queensland points out in her article In Defence of Grammar Pedantry. Petelin includes a light-hearted quote from BBC journalist Jeremy Paxman;

“People who care about grammar are regularly characterised as pedants. I say that those who don’t care about it shouldn’t be surprised if we pay no attention to anything they say — if indeed they are aware of what they’re trying to say.”

I’ll conclude as I began, with a reference to some quotes from my books that are popular on the Internet.